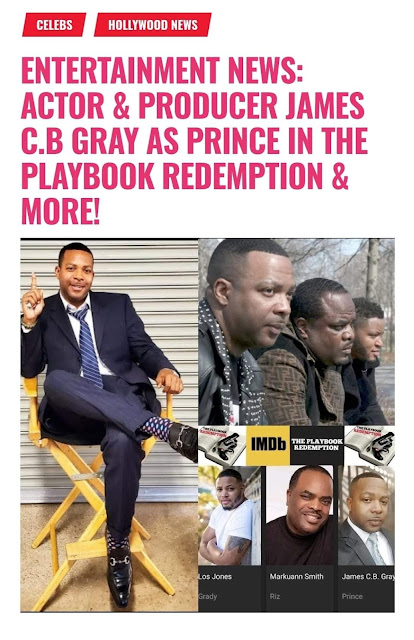 African American Actor, Producer and Civil Rights Activist, James C.B Gray is set out to produce and star in a new episodic production called ‘The Playbook Redemption’, and today we have been able to get an exclusive reveal in more details about the production as well as the cast!

It’s officially confirmed that Actor James C.B Gray will also star in his production of ‘THE PLAYBOOK REDEMPTION’ as the role of Prince. Prince is a major underwood figure with ties to the MOB. He is deeply seeded in the streets of the Bronx in a section called ‘The Valley’. The Valley Mob which is his crew, at the top has 2 of Prince’s right handed men, Riz & Grady.

Actor ‘Markuaan Smith’ has officially been cast as the role of ‘Riz’ in The Playbook Redemption. Markuaan Smith is a professional writer, executive producer of the Epix Network Hit TV Show ‘Godfather of Harlem’ a smash hit show that features Forest Whitaker as lead Actor.

Actor ‘Los Jones’ is officially confirmed to be cast as the role of ‘Grady’ in the Playbook Redemption. Los Jones is one of the rising star actors in the film industry and if you’re a 50 Cent fan, you can catch Los Jones in the multi million dollar hit film ‘Before I Self Destruct’ alongside 50 CENT.

Posted by Denice Wells at 3:45 PM No comments:

Posted by Denice Wells at 11:30 PM No comments: 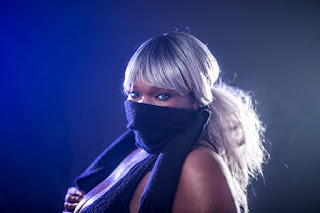 It's a sad, heartbreaking time for Queen Lady Bishop who was riding a good note from the release of the remastered album Cheniece Laveau, now is in mourning for the loss of her eldest son Adam Fox on Sunday, August 22nd. 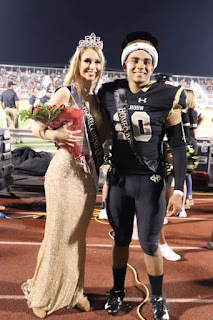 The nineteen-year-old Calhoun county graduate was found dead in his vehicle, cause of death was suicide the talented, happy, young father took his own life. Details are still unknown, Apparently, there were custody issues mother had refused Adam from seeing his child. Adam had just taking school sweat heart ( Mother) and on a vacation to Cabo, Mexico recently in June, he was a loving father to his decided end making his best friend promise to look after his child, Adam even texted and said final words to his family before driving himself to Magnolia beach and ending his life. It is so sad to see such you live cut short that was full of potential. Prays to Queen Lady bishop and her family. We keep you covered on this story. 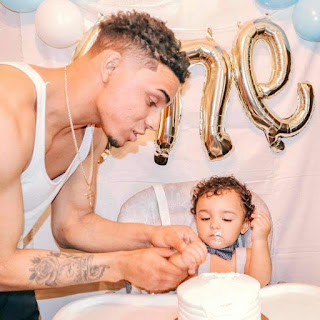 Rest in peace Adam Fox
Posted by Denice Wells at 12:37 AM No comments: 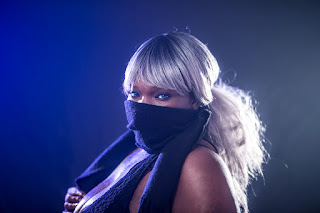 Houston, Texas Aug 7, 2021 (Issuewire.com) Female rap music artist Queen Lady Bishop has released her remastered and first long-anticipated album Cheniece Laveau. She partnered with Our Music Nation on this fantastic body of work, and during the year of the woman, this is a very empowering album. The intro to the ends features some of Houston's most uncompromising, authentic, showing genuine love, respect for her bars, skill. This Haitian descendent, Texas-made female gangsta has released an album like no other from a woman. She touches on subjects such as mental health, her battle with sickle cell anemia, telling her story about being a hustler, a mother, a real gangsta. As a woman in the game, staying true to her sound. Mostly just wanting to speak her truth. Addressing Texas, the industry letting them know that Queen Lady Bishop is in the race, campaigning for the crown.

Posted by Denice Wells at 6:43 AM No comments:

Posted by Denice Wells at 5:16 AM No comments:

Posted by Denice Wells at 5:15 AM No comments: 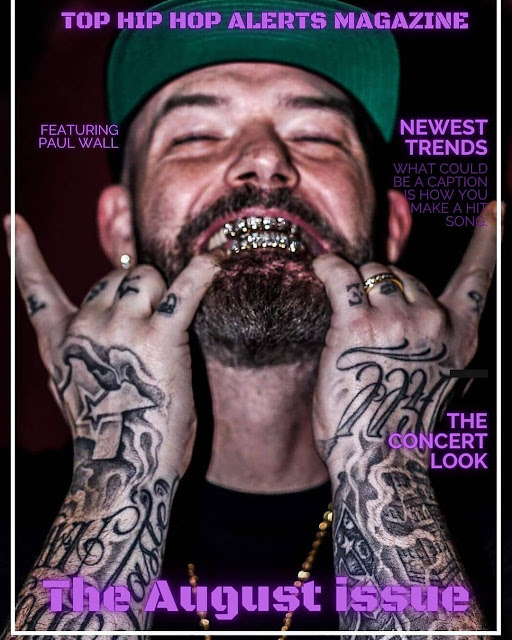 Posted by Denice Wells at 3:48 PM No comments: